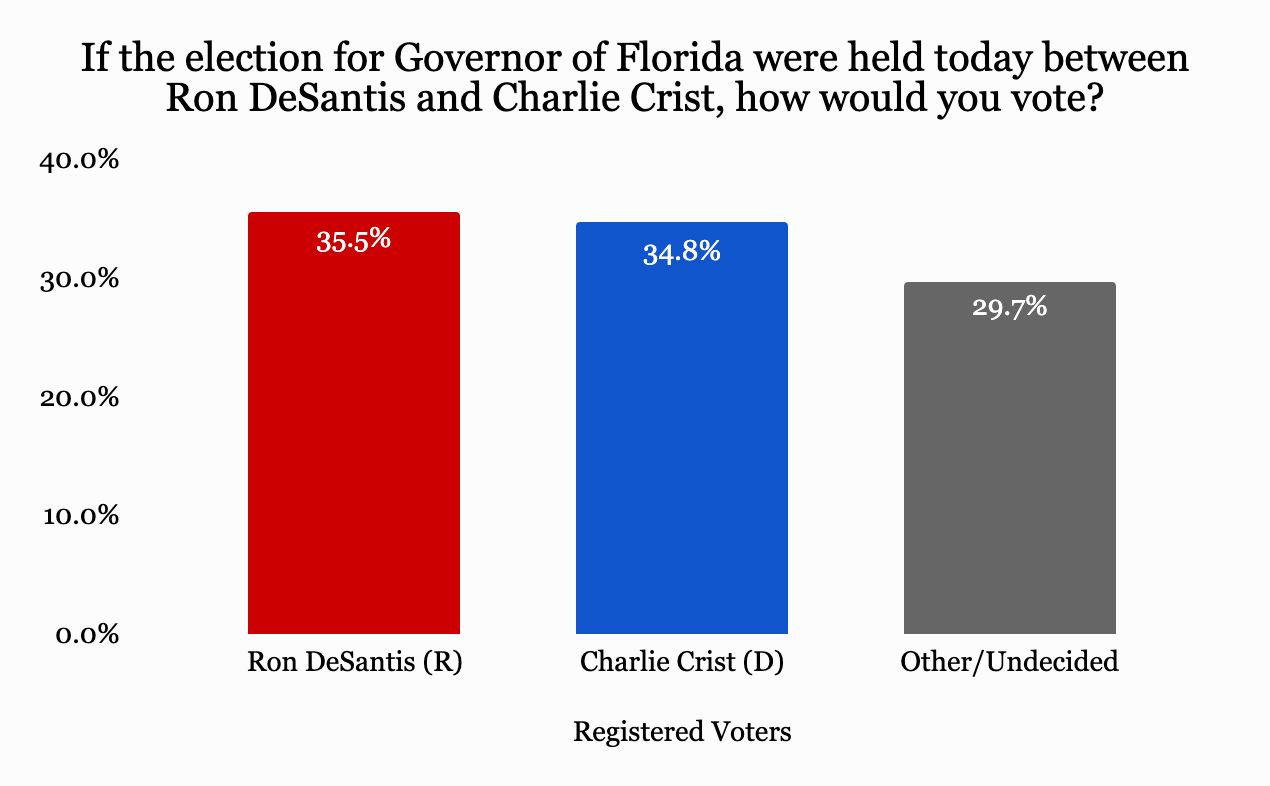 In a hypothetical matchup for governor, The Phillips Academy Poll found Ron DeSantis leading Charlie Crist by 0.7%, less than the poll’s margin of error, with a significant number of voters still undecided. Ron DeSantis, the incumbent Trump-endorsed Republican Governor, is running for reelection, though many suspect DeSantis may be eyeing a run for the presidency in 2024. The Democrats will likely nominate Charlie Crist, the former Republican governor and current U.S. Congressman who switched parties in 2012. Florida has not had a Democratic governor since 1999. 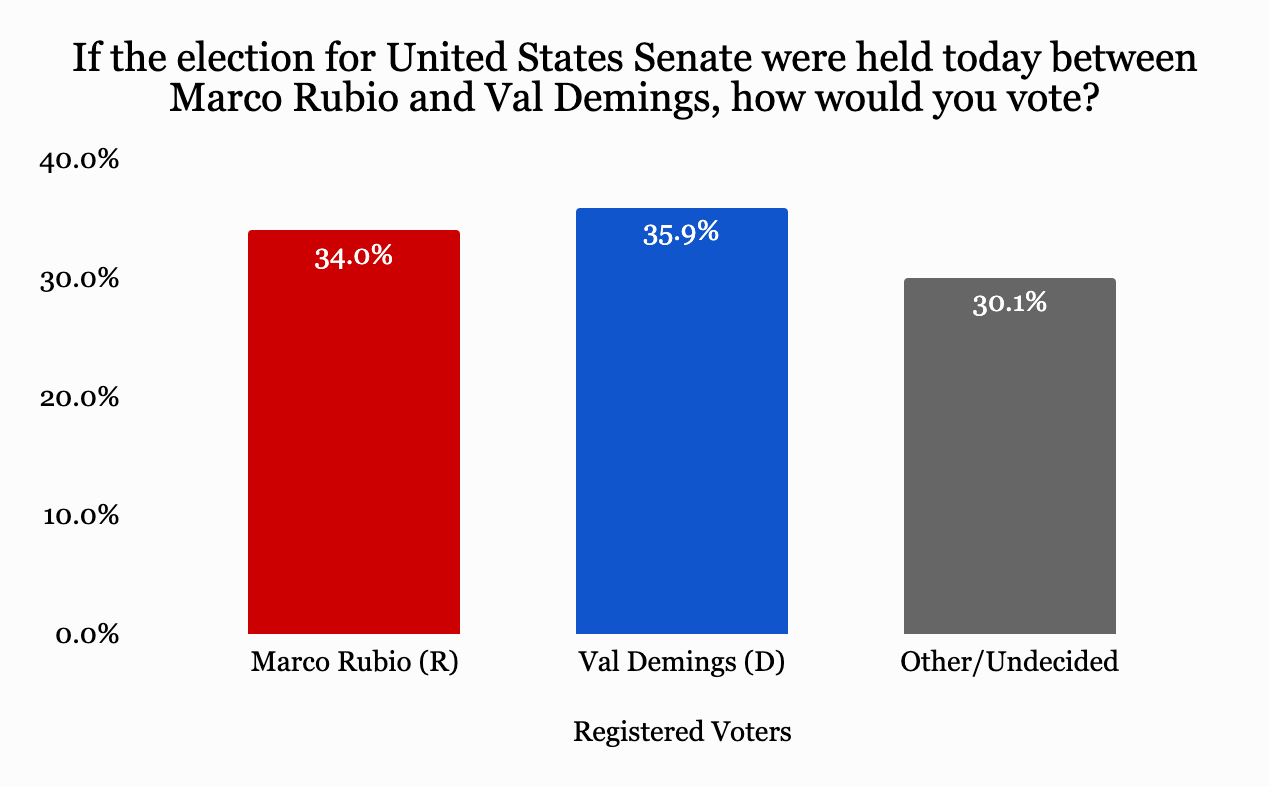 The Phillips Academy Poll also found Val Demings leading Marco by 1.9% in a hypothetical senate race. Marco Rubio, the incumbent Republican and a presidential candidate in 2016, is running for reelection to the U.S. Senate seat he has held since 2011. Val Demings, a Democratic Congresswoman and previous Orlando chief of police is the clear frontrunner in the Democratic primary. Both Senate seats are currently held by Republicans. 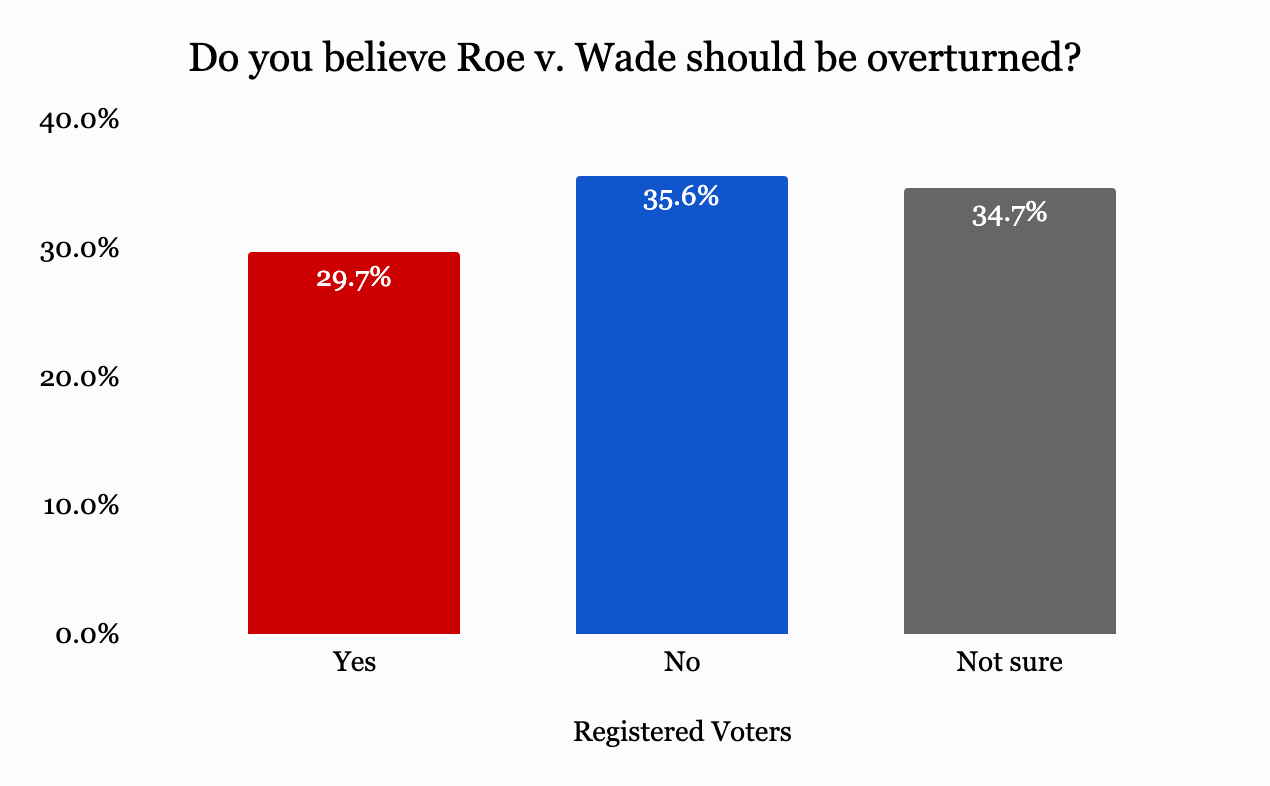 Regarding Roe v. Wade, The Phillips Academy Poll found that 5.9% more Floridians support the original ruling than oppose it. Presently, in Florida, a new abortion law will be implemented on July 1. Currently, abortion in Florida is legal until the third trimester, however with this new law, abortion will not be legal after 15-weeks of pregnancy unless the mother’s life would be at risk.

Click here for a full report on The Phillips Academy Poll’s results.

This poll was conducted over the phone with an automated Interactive Voice Response (IVR) system. Click here to see The Phillips Academy Poll’s methodology.

This poll was made possible by a grant from the Abbot Academy Fund, continuing Abbot’s tradition of boldness, innovation, and caring.